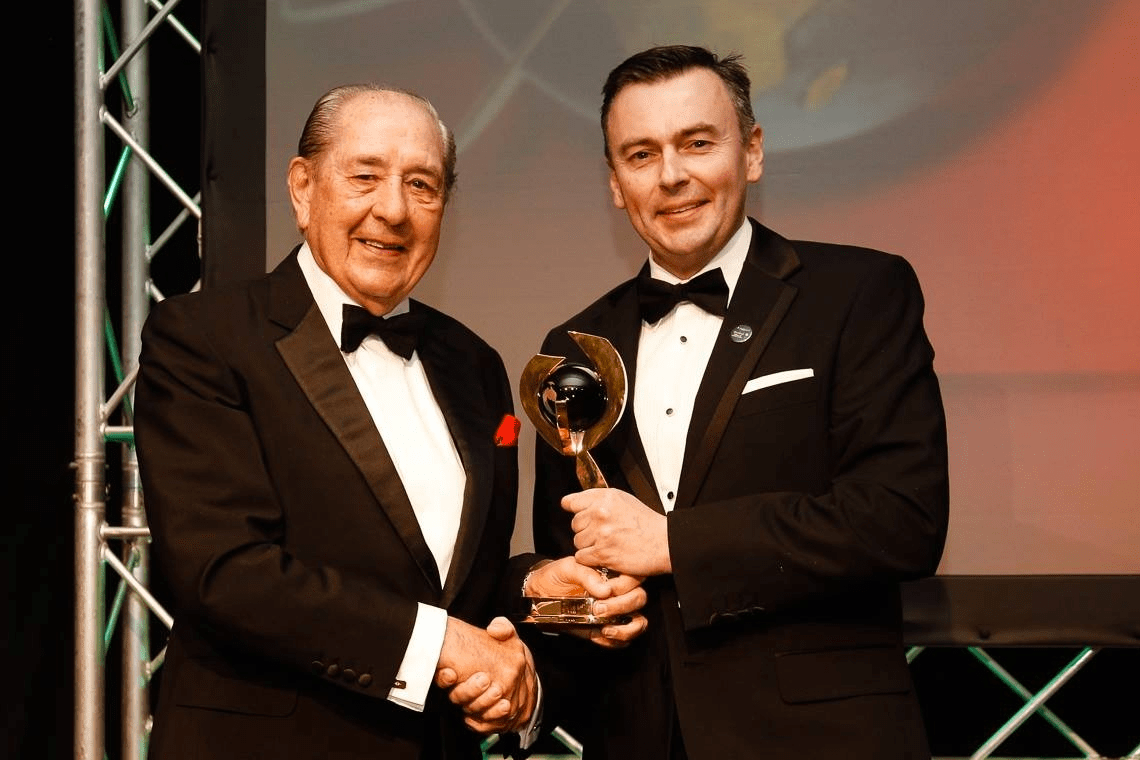 In this exclusive interview, we recently caught up with former World and UK Billiards Champion Rex Williams to reflect on his illustrious 50-year career in both billiards and snooker. Rex turned professional in snooker aged just 17 in 1951, but his golden years in the three-ball game, which we focussed on in this interview, began in 1968 when he challenged New Zealander Clark McConachy in a resurrected World Billiards Championship. The championship had lain dormant for some 17 years and this proved to be his first of seven World titles.

Rex was also heavily involved in the administration of the sport, being the founder chairman of the WPBSA from 1968 to 1987, and again taking charge from 1997 to 1999. For many years he was a regular commentator on BBC and ITV. He was inducted into the hall of fame in 2016.

Now 86 years of age, it has been some years since Rex has played the game, but he stays fit and well by playing golf most days.

Rex was speaking with Chris Coumbe.

Thanks very much for your time today Rex, I am glad to hear you are keeping well. What age were you when you started playing?

“I started playing on a full-sized table when I was 13 years of age. I had a coach; he was a professional – Kingsley Kennerley. He won the English Amateur Billiards Championship 4 times in a row and he was in the final of the snooker four times and won it twice, so he had a good track record”.

Did you start with snooker or billiards, and how long did it take before you made your first century breaks?

“When I first started playing, we didn’t have any snooker balls. My first century break at billiards was 3 months after I started playing. I made a 153 break. My father asked me if I wanted to go in the Midland Boys’ Championship and I said yes. When they sent the entry forms, they sent the snooker as well, and I suggested to my father that we had better get some snooker balls. I won the Midland Boys’ Championship (billiards and snooker) the three years I played in it.

After the war I won the English Boys’ Championship in both snooker and billiards, in 1948 and 1949. My first century at snooker was when I was 15”.

Before winning your first major billiards event, how many hours per week would you practice?

“I used to practice all the hours I could. After I left school I practiced eight hours a day for about 15 years, although when I was at school, the first thing I did when I got back was go onto the billiards table, so I was on it all the time until my mother fetched me off it to go to bed”.

How much emphasis did you put on red ball play before moving into top of the table play in your early days?

“I was very fortunate that my father had a printing business. During the war we moved onto the premises and my father put a billiards table up in the factory for me, it was for my 13th birthday. He then got Kingsley Kennerley to come along and coach me. Before that he got someone from his club to come along who knew the red ball game very well and he taught me the red ball game. By the time I got to Kennerley, I was a good red ball player. I practiced the red ball non-stop. I made a 400 break off the red ball alone when I was about 14 or 15.

When I was a young boy, I played in local leagues when I was 16 or 17 until I turned pro, in those days almost every club had a player in that club who could make a 100 break at billiards, so there was a lot of good club players about. In the Midlands particularly you had two outstanding amateurs in Frank Edwards and Herbert Beetham, they were a cut above these players. Frank was a very good player, but his cue action didn’t really allow him to pot very well”. 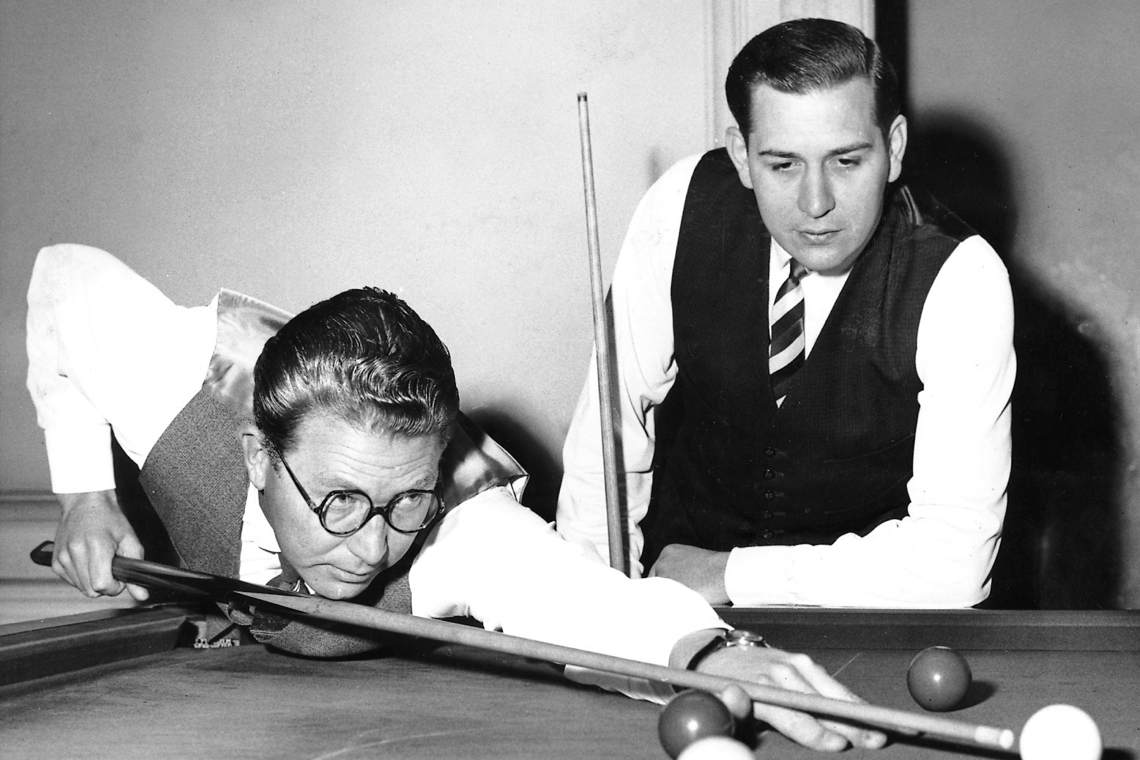 (Rex watches on as John Pulman is in-play)

What was it like to play at the famous venues such as Leicester Square Hall and Burroughes Hall?

“Playing at Leicester Square and Burroughes Hall was terrific, the conditions were fantastic, and the atmosphere too in both places. I have very happy memories of both of them because I played there so much. Leicester Square closed down of course in 1955. When I came into the game and played at Leicester Square Hall and Burroughes Hall, the cloths were like silk and they were very heavy, around 38 to 40 ounces, but they were like lightening as the quality was so fantastic. As the quality of cloth deteriorated, we started playing on a lighter cloth. We used to play on 35 ounces for the billiards and 33 ounces for snooker”.

Who was your toughest opponent in billiards and why?

“I would have to say Fred Davis. Fred was a great billiards player and from 1968-1973, I was only beaten once at billiards and that was by Fred. The final time I won it [World Professional title] I beat Fred in the final”.

How did your style of play compare to Fred?

“My floating white was different to Fred’s, I kept them very tight at the top, very close all the time. Fred moved them about a bit more than what I did. If you keep them tight there is less that can go wrong.

Postman’s knock is very easy to master. But there is more that can go wrong at postman’s knock than floating white, and you’ve got to be good at it”.

Although clearly a fierce competitor, it appeared that Fred had a quite a jovial nature around the table. Is that a fair reflection?

“It wouldn’t matter if Fred was playing the final frame in the final of the World Snooker Championship, Fred would still have been like that.

We were all a bit like that in the old days, saying a few words to each other and to the audience and that sort of thing. It doesn’t happen anymore. I put that down to the fact, and I always have done this, that a lot of players who play today will never have played an exhibition in their life, they just play match play. For years I used to do at least 100 exhibitions every year. You had to make it light-hearted, so I think we got into that habit.

When I was 16 Joe Davis was coming to a club nearby, and at 16 I was a very good snooker and billiards player. I was asked if I wanted to play Joe and I was delighted and privileged to do that. I broke off at billiards and Joe made 500 unfinished. That was the only shot I had. Joe wasn’t playing much billiards then as this was at the height of his snooker career. This just shows what a great player he was. I played Joe many times at Leicester Square Hall and I played him at Burroughes & Watts as well”.

In part 2, Rex tells us more about being crowned world champion, how he mixed top-level billiards and snooker, and his advice for aspiring players.

Thanks to World Snooker Tour and Peter Ainsworth for the photos.