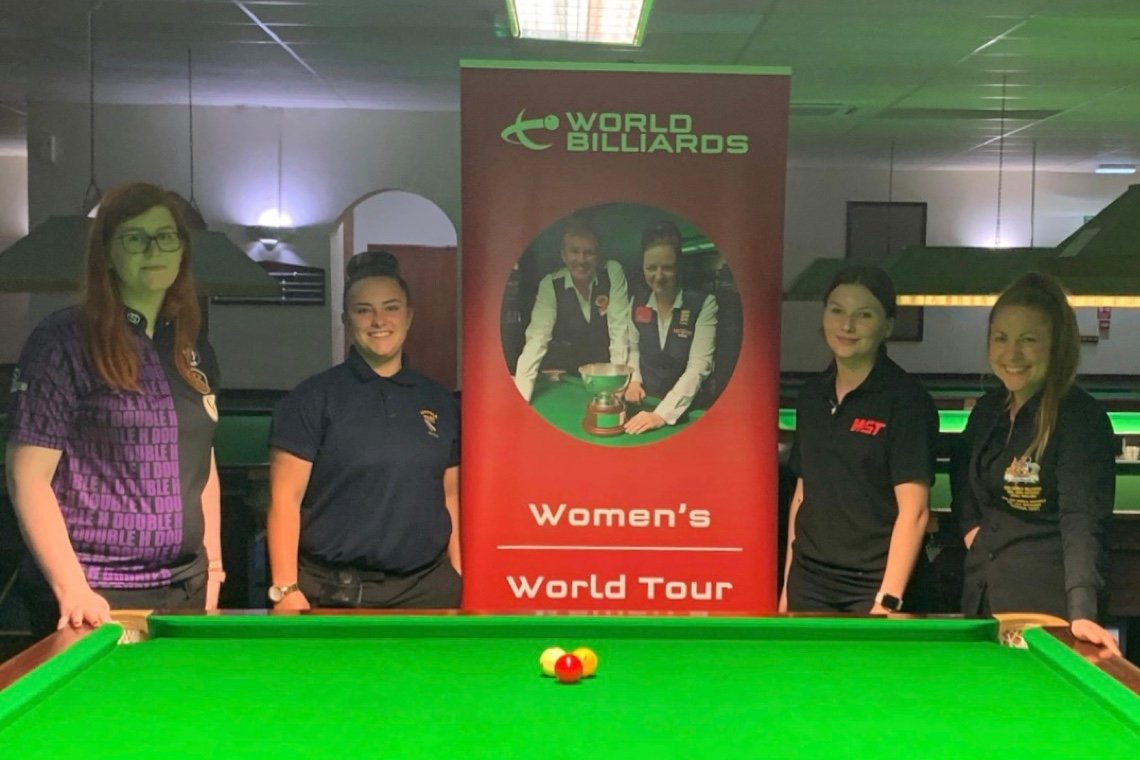 (The semi-finalists at the Women’s English Open)

Anna Lynch won her second successive women’s title with a victory in the English Open in Kings Lynn.

Lynch defeated former World Women’s Championship runner-up Rochy Woods in the final, having overcome Lauren McNamee in the semis. Meanwhile, Woods had an exciting win by a single point over Harriet Haynes who was making her debut on the women’s tour.