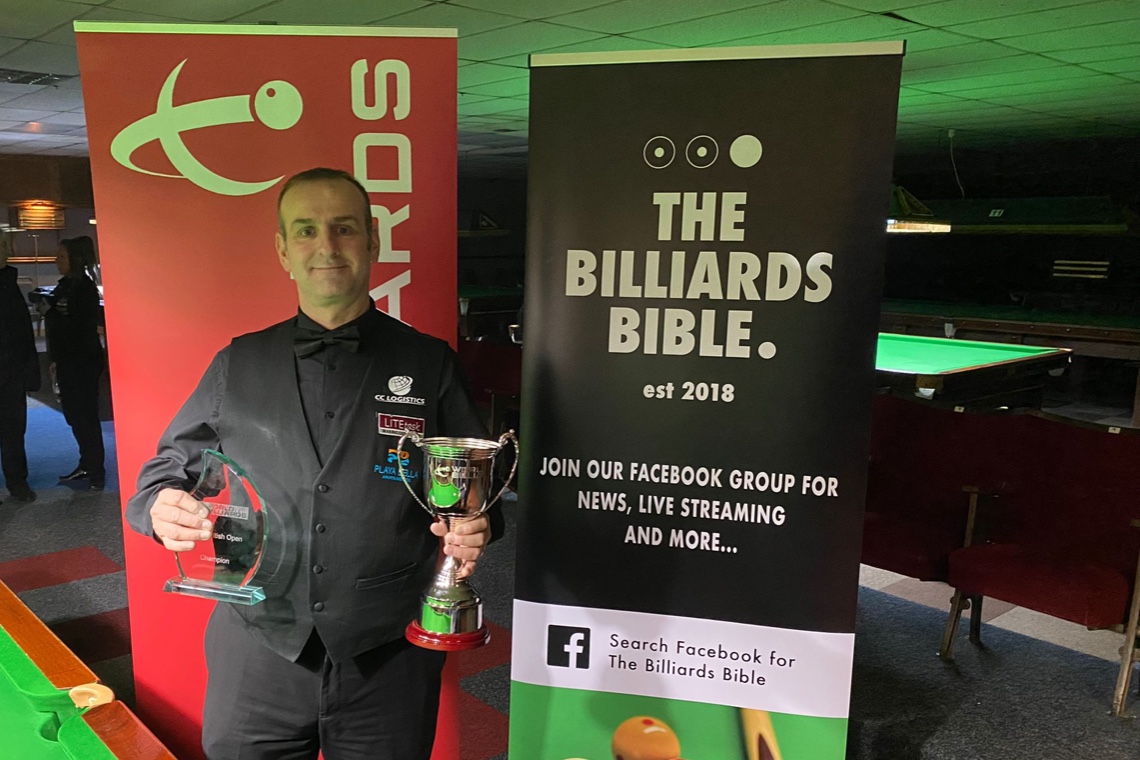 Winner of the English and Welsh Opens in previous months, Causier emerged from an impressive field of 64 players during the level 3 world ranking event.

The multiple-time former world champion appeared to be near his absolute best this weekend, making several big breaks and managing to overcome opponents who also seemed to be in very good form.

Causier won all of his round robin groups to finish top of Group B, making three centuries, one double-century, two treble-centuries and a magnificent 427 in the process.

In the last four he faced defending British Open champion Rob Hall who wasn’t relinquishing his title easily in what was a rerun of the recent Welsh Open final.

An entertaining affair, Causier’s streak was under serious jeopardy as Hall registered runs of 101 and 286 in establishing a lead of over 400 points. However, Causier exhibited incredible battling qualities as he countered with steely breaks of 389 and a 214 unfinished to overhaul Hall 635-438.

In the final, Causier came up against Peter Sheehan who was continuing to enjoy his return to the World Billiards scene. In the last four, Sheehan dispatched reigning world champion Peter Gilchrist for the second time in as many tournaments.

Sheehan also began the final well, taking an early lead in the 90-minute tie with an effort of 110. Causier, though, saved his best until last, producing a picturesque break of 619 – the highest of the competition – and further runs of 128 and 190 in a resounding 1152-254 triumph.

In the British Open Challenge Cup, Terry Azor defeated David Gillingham 200-96 in the final to end his trip on a high.