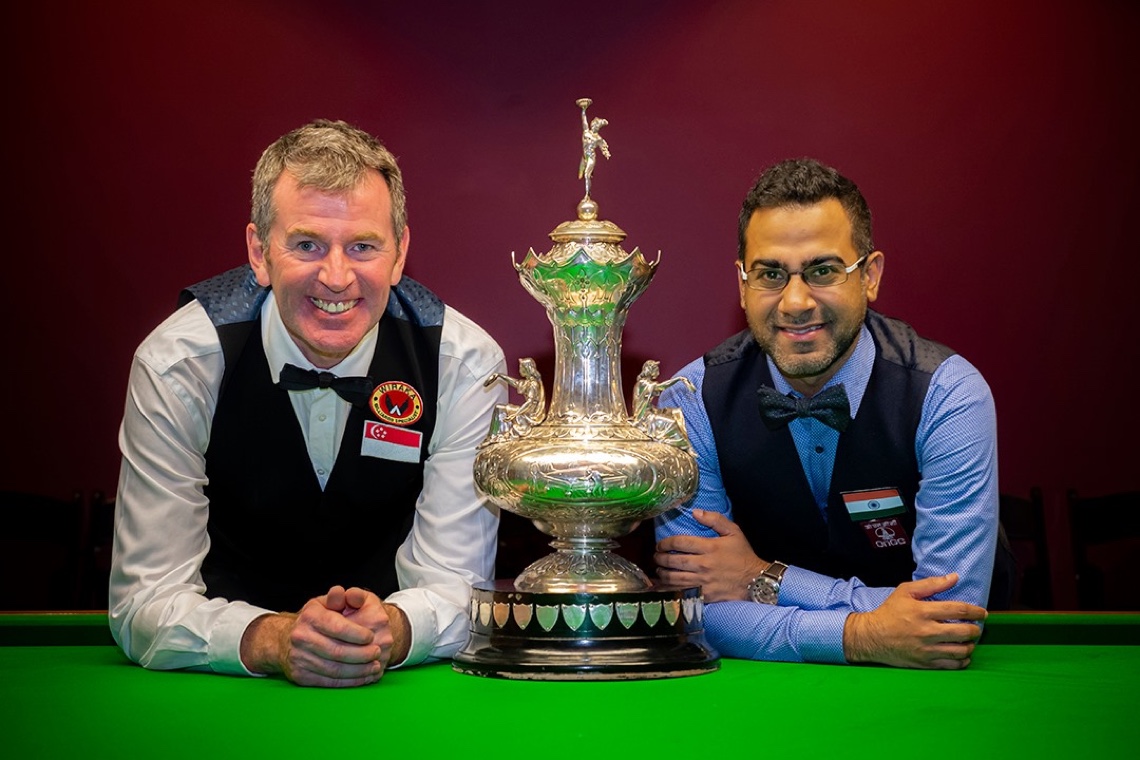 A quarter of a century on from his maiden victory in English Billiards’ biggest event, Peter Gilchrist climbed the same mountain for the fourth time in his distinguished career when he won the 2019 Endeavour Life Care World Billiards Championship on Saturday evening in Melbourne, Australia.

The world ranked number one was supreme throughout the five days at the Royal Automobile Club of Victoria. Gilchrist qualified for the knockout phase after coming top of Group B, he then dispatched host nation hopeful Jason Colebrook 1193-487 in the last 16.

During Friday’s quarter and semi-final sessions, the Singaporean citizen eliminated Dhruv Sitwala (India) 1312-418 before constructing six three-figure contributions – including an effort of 305 – to end the hopes of Englishman and two-time world champion David Causier, 1183-1023. It was the first time in nearly a year that Causier had tasted defeat on the World Billiards circuit; earlier in the week he had claimed his eighth major title of the past twelve months at the Reed Furniture World Open at the same venue.

In a repeat of last year’s final from Leeds, Gilchrist’s opponent for the iconic John Roberts Trophy was India’s defending champion Sourav Kothari, who was aiming to become the first, first-time winner to retain the title since compatriot Geet Sethi had done so in 1993. The last person to defend the title in any form was Mike Russell in 2011. The Kolkata cueist quietly progressed through the event, denying three-time winner Pankaj Advani (India), world number three Robert Hall (England) and then 12-time winner Mike Russell (England) during the knockouts.

A re-run of the Pacific International final also held in Melbourne a few months ago, Kothari began the five-hour final strongly, compiling a break of 279 to establish a healthy advantage early on, although Gilchrist pulled the deficit back to just 99 points come the end of the first session. In what was an entertaining and typically high-quality affair throughout, the duo traded leads in a seesaw second session. Kothari re-asserted authority with a run of 253, but an unexpected missed pot on the red let his rival back in. Later making a pivotal 313 – the highest of the match – Gilchrist would hold a small profit going into the third and final session. With the match in the balance, in front of an enthusiastic capacity audience at the RACV Club, Gilchrist showed determination and coolness under extreme pressure as he amassed a superb break of 300 to deliver the decisive hammer blow to Kothari’s chances, ultimately triumphing 1307-967. Gilchrist’s latest success in the world championship comes 30 years after he reached the first of his 11 career world finals in 1989; the last time that the event was held in Australia. Despite wins in 1994, 2001 and 2013, Gilchrist will be relieved to get over the line in Melbourne having been runner-up in each of the past two years. The title further cements his status as one of the sport’s greatest ever exponents.