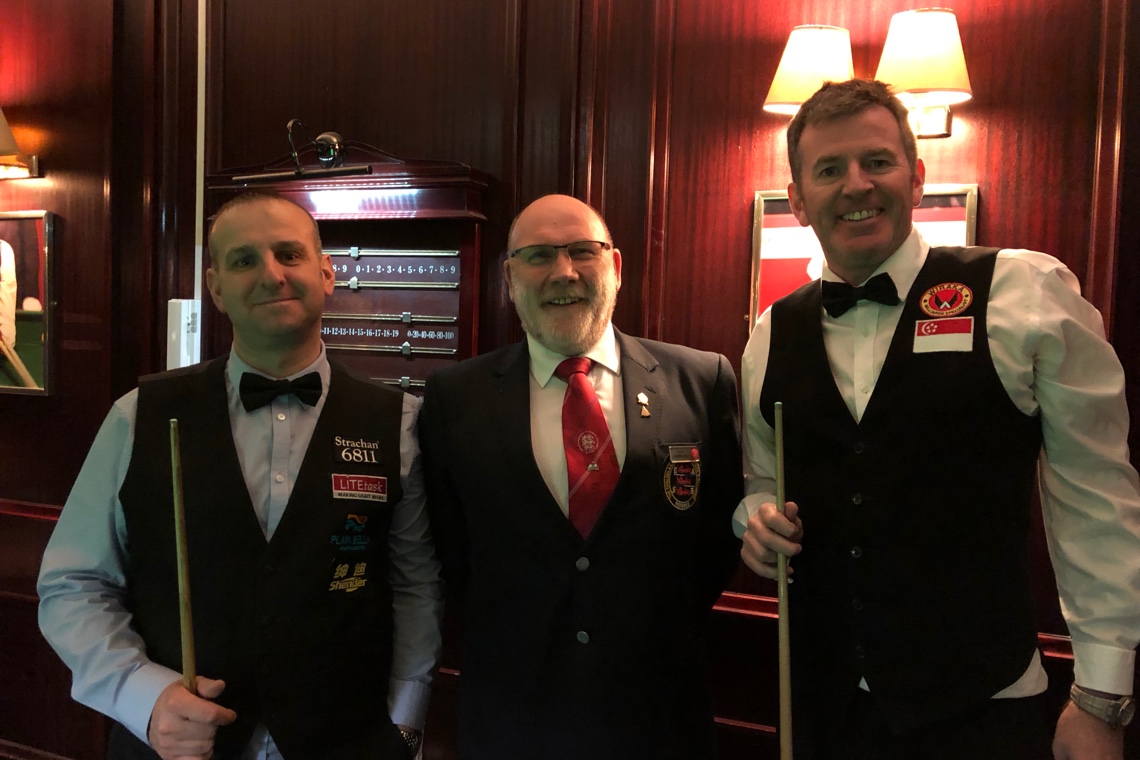 David Causier got his year off to a good start as he lifted the Hugh Elden Cup after a weekend of compeition at Styx in Kirkcaldy.

In the final, Causier took advantage of some early opportunities and went on to win comfortably by 868-240. Thanks to extra sponsorship, this event was upgraded to a level 4 event with £3000+ prize money and x1.5 ranking points. This is also the final event before the rankings cut-off for the World Matchplay Championship in April.

The Scottish Open trophy is named the Elden Cup in memory of Hugh Elden who represented Scotland in the 2013 World Team Championship and won the 2014 Scottish Championship. Hugh sadly passed away in 2015.