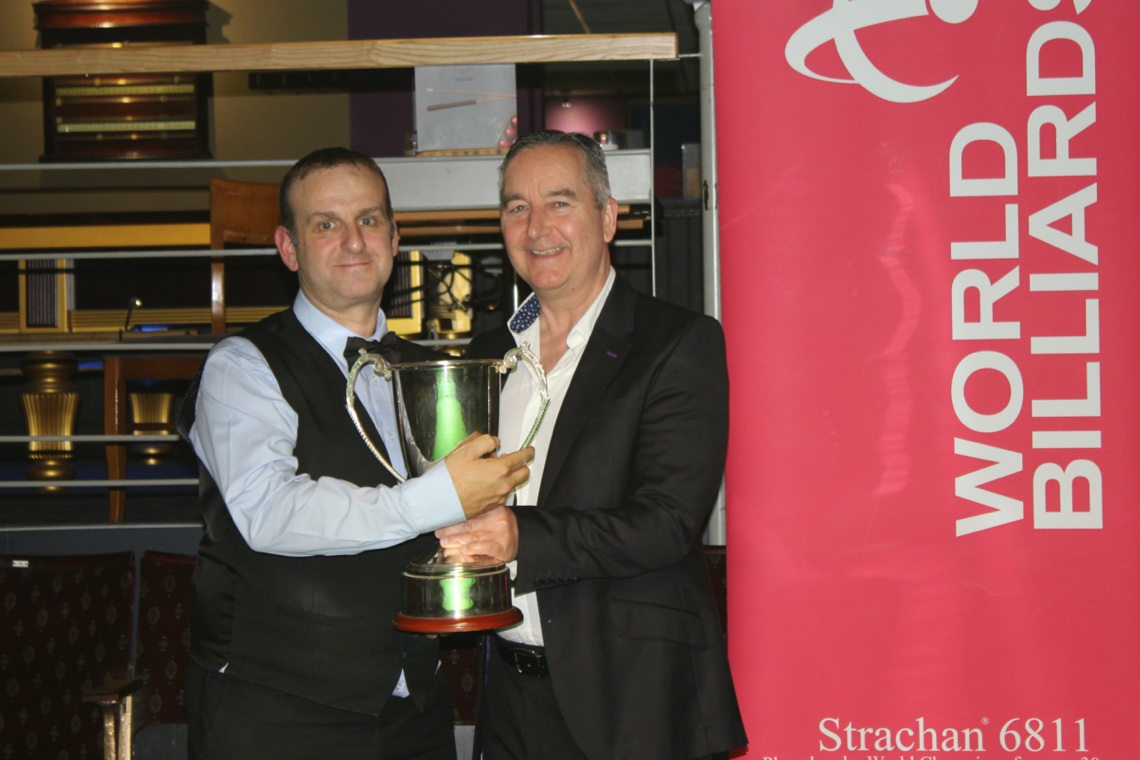 David Causier continues his unbeaten run in 2019 by picking up his sixth trophy of the year. He beat Rob Hall in the final by 407-344.

Hall defeated Peter Gilchrist in the semi-finals, while Causier beat WBL debutant Darren Kell. This event was the last of the 2018-19 season and followed on directly after the Home Internationals Billiards.

Gilchrist made three breaks over 400 during the weekend, with his 473 unfinished against Chris Mitchell being the highest.

The Challenge Cup was won by Barry Russell who defeated William Lowes in the final.