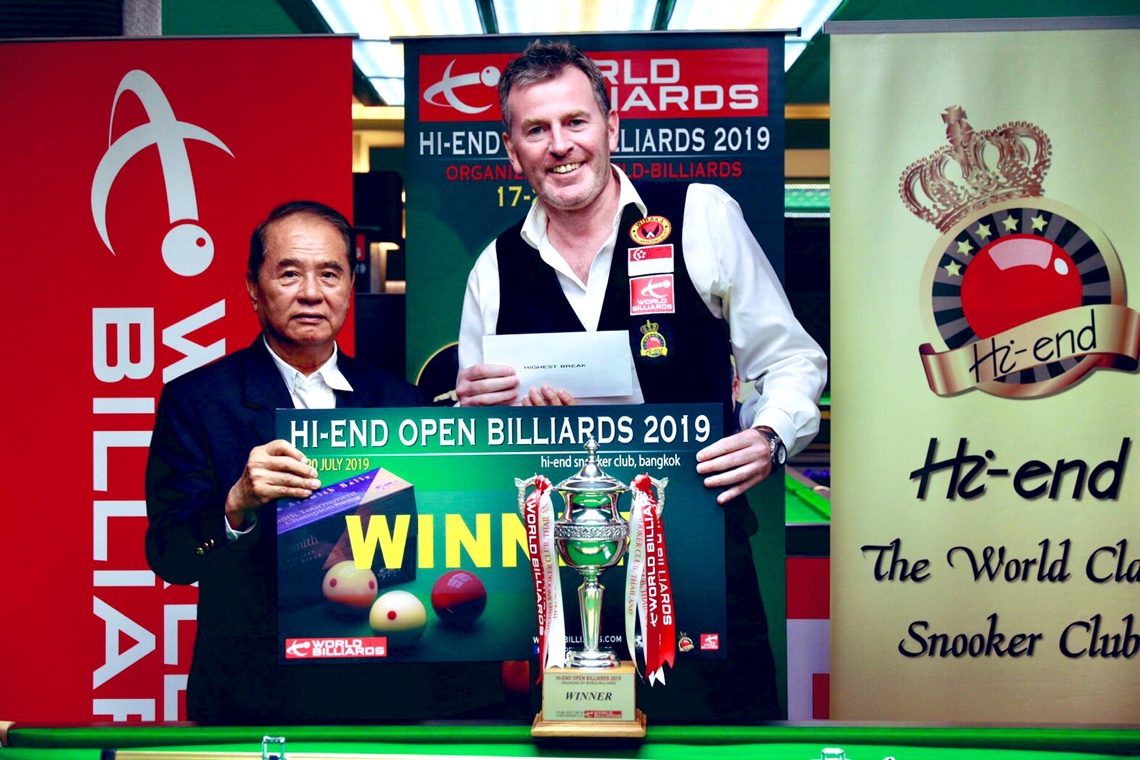 Peter Gilchrist defeats Matt Bolton in the final of the first Hi-End Open in Bangkok, Thailand.

The Hi End Snooker Club has a reputation as one of the best venues in the world and it didn’t fail to impress. The club boasts 15 Star tables, all recovered with Hainsworth Precision cloth. The players were all very complimentary about the efforts made by the club to welcome the players and host a superb event.

The Challenge Cup was won by Rupesh Shah, who defeated Min Si Thu Htun in the final.