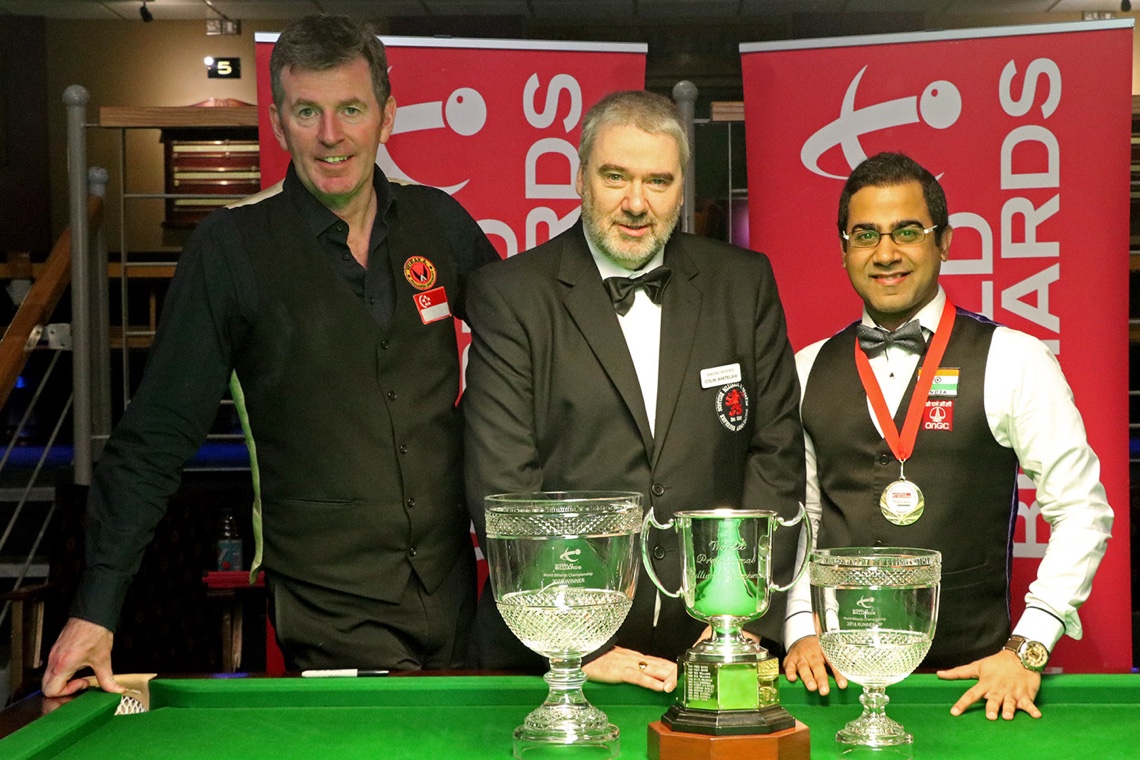 India’s Sourav Kothari defeated Peter Gilchrist 1134-944 to capture the World Billiards Championship for the first time in his career at the England’s Northern Snooker Centre. In doing so, Sourav emulates his father Manoj, who became World Amateur Champion in 1990.

Hosted and organised by World Billiards, this year’s event was successfully played under a new format which sees the familiar 13-day competition split into two separate events across the year.

The final was contested by fifth ranked Sourav Kothari, who had notably come back from over 500 points behind in his semi-final against reigning champion Dave Causier to steal a dramatic 1317-1256 victory and three-time champion Peter Gilchrist of Singapore who narrowly edged out Rob Hall in the last four.

Perhaps inevitably the final would also prove to be a tightly contested affair which swung one way and then the other, but ultimately it was to be a delighted Kothari who would go one better than his final defeat in last year’s short format final to clinch the prestigious title for the first time in his career.

For Gilchrist it was a second final defeat of the week after he finished as runner-up to Dave Causier in the final of the Jim Williamson Trophy prior to the start of the Long format competition.